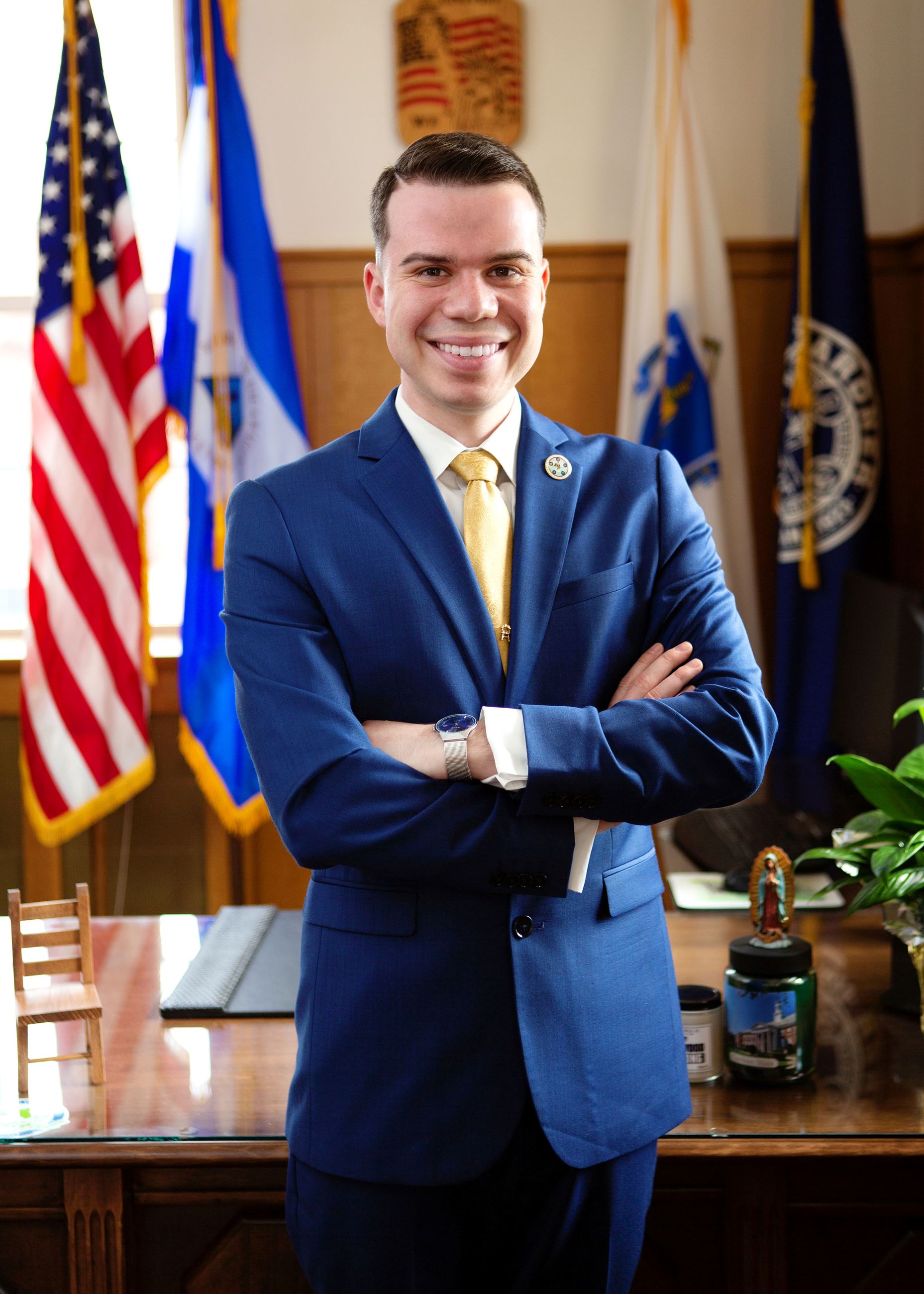 Michael J. Nicholson is a lifelong resident of Gardner Massachusetts. The son of James and Martha Nicholson, he is a proud graduate of Gardner High School and proud alumnus and former Drum Major of the Gardner High Band Program. While still in High School, Mayor Nicholson began interning for then-Mayor Mark Hawke, which kindled his interest in local government.

He went on to attend the University of Massachusetts Amherst, where he remained active in the campus community- as a Drum Major and trumpet player of the University of Massachusetts Minuteman Marching Band, member of the Board of the Newman Catholic Student Center, the MinuteMENs Choir, Phi Mu Alpha Fraternity, and the Phi Alpha Theta and Pi Sigma Alpha Honor Societies. He was also a member of the Emerging Scholars Residential Academic Program of the Commonwealth Honors College.

After completing his undergraduate career in three years, he participated in the one-year Accelerated Master's of Public Policy Degree from the UMass School of Public Policy, earning his degree in 2017. As part of his graduate work, Nicholson was the first student from the School of Public Policy to be designated as a Beacon Hill Fellow, working in the Office of former Senator Jennifer Flanagan, drafting his Master's Capstone on the Implementation of Online Lottery Products in Massachusetts.

He then went on to earn his Juris Doctor Degree in May of 2021 after completing his course of study as part of Suffolk University Law School's Evening Division.

Mayor Nicholson served as Mayor Hawke’s Executive Aide from 2016-2019, before leaving to become the Town Administrator for the Town of Rutland. He was elected to replace Mayor Hawke as the City’s 20th Mayor in a special election in June of 2020. Nicholson is the third youngest mayor in city history and the City’s first Hispanic/Latin American elected official. In his capacity as mayor, he also serves as the Chair of the City’s School Committee.

In addition to overseeing Gardner’s response to the COVID-19 pandemic, which included the city’s own vaccine clinic, Mayor Nicholson and his administration have worked to secure several million dollars in grant funding for the city, broken ground on Gardner’s first dedicated Elementary School, and invested more in the City’s infrastructure since 1999, including major utility upgrades and an expansive downtown improvement project.